The name Chris Kyle is much famous or rather notorious as legendary sniper and US Navy SEAL veteran. In the four deployment tours he had in Iraq, Kyle is credited with 160 killings. His autobiography and the film with the name ‘American Sniper’ cleared the heights in the weeks of its release.
The former SEAL sniper was born on 8 April 1974 in Texas. As the son of a church deacon, he grew up experiencing outdoor pursuits. He got his first rifle when he was just 8 with which he used to hunt deer and pheasants. During the college days, he turned out as an excellent bronco rodeo rider. Joining the US Navy, Kyle was soon recruited to SEAL, the elite group to carry out special operations. Over the 10 years spanned military career, he was sent to four combat tours in Iraq. Soon he became an indivisible part with the remarkable marksmanship. This dreaded marksman was not at all admired by his own companions but also was prized by even the insurgents who put a reward of $20000 for the sniper’s head. This destructive sharpshooter was nicknamed as the ‘Devil of Ramadi’ after the massacre he made during his deployment in Ramadi. In his autobiography, ‘American Sniper: The Autobiography of the Most Lethal Sniper in U.S. Military History’, Kyle claimed 160 deaths by his hand though US Navy didn’t substantiate it officially. Honorably discharged from the Navy in 2009, he was busy with a number of ventures including FITCO Cares Foundation and Craft International. In 2013, this brave hero was shot to death by Eddie Ray Routh in a shooting range, which had post-traumatic stress disorder. Reportedly, Kyle and his friend Chad Littlefield were helping him to get out of PTSD. 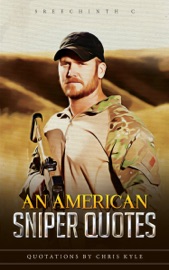