"Blockchain is as significant now as the Internet was 25 years ago." - Blythe Masters, CEO of Digital Asset Holdings


Blockchain is arguably one of the greatest and most revolutionary innovations since the founding of the Internet!

Blockchain can be a difficult topic to comprehend, especially for beginners without much of a technical background. But it really doesn't have to be. All it takes is one person who is good at explaining things on a very basic and fundamental level, and that is where I excel. I have written this book with the extreme beginner in mind.

Most introductory guides to Blockchain will begin their story in 2008, with the advent of Bitcoin. These accounts are quite accurate, but only paint half of the picture. The fundamental purpose of Blockchain technology and its uses goes back much further than 2008.

In order to truly grasp Blockchain technology, we must reach back to the time before computers, paper currency, or even money itself. The answer to this question will take us on an adventure going back thousands of years, by first delving into the burning question of what money is, and from there, tracing it’s trajectory throughout history to the development of Blockchain technology.

This brief history of money is necessary to understand present-day effects of Blockchain applications, such as Bitcoin and Ethereum, both of which will be introduced in this book.

Some of the topics that you are going to learn about in this book include:

- Understanding Blockchain and what exactly it is
- What a distributed ledger is (Simplified!)
- Blockchain's Effect on Money and Banking
- Bitcoin and its relationship with Blockchain
- Ethereum and what makes it so great
- FinTech's Impact on business startups
- Where will Blockchain be in 20 years?

The Impact that Blockchain technology is going to have on the world is inconceivable by people who are not well-informed on the topic. Purchase a copy of my hot release "Blockchain for Beginners" and learn everything you need to know about the future of Blockchain Technology. 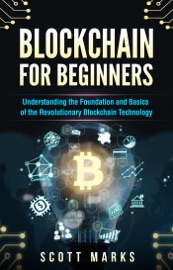